When you stake EverRise tokens, you receive three things: 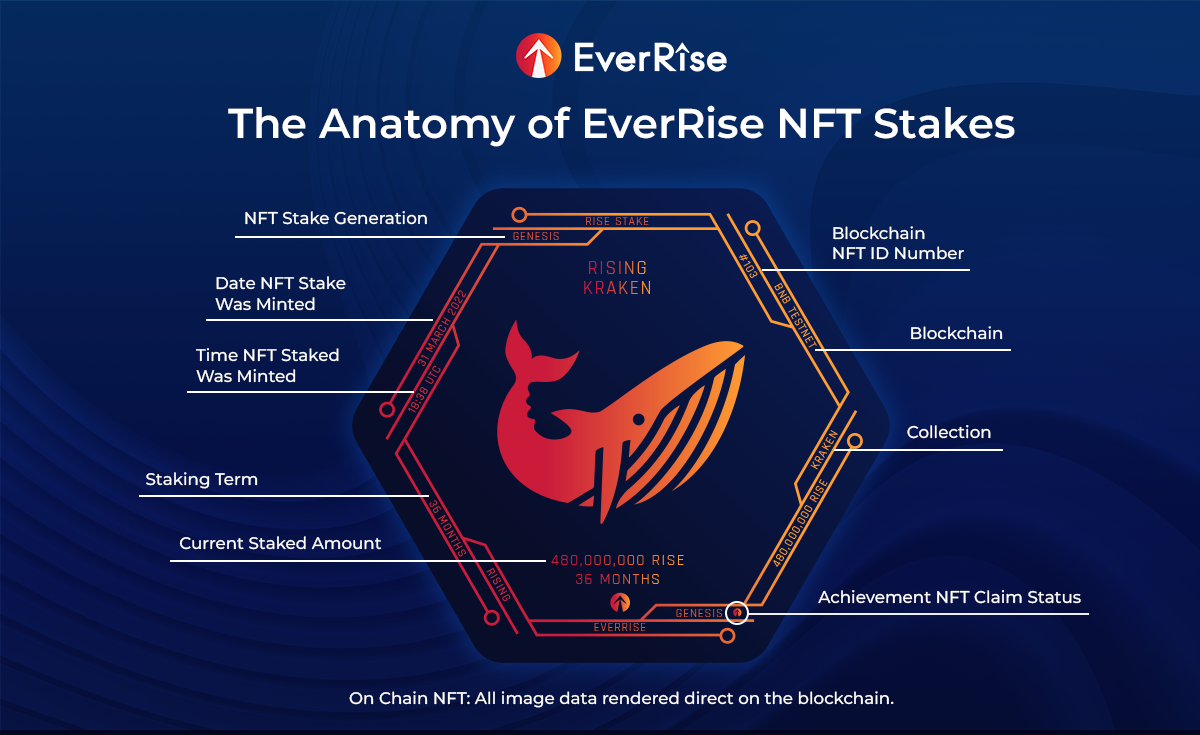 The NFT Staking Lab highlights information about how many RISE tokens are staked, on which chains, and the average staking term. This information can be useful when considering where you want to stake your RISE tokens. The proportion of rewards earned by an EverRise NFT Stake is based on the total number of veRISE outstanding on each blockchain. That number is just the amount staked multiplied by the average staking duration. 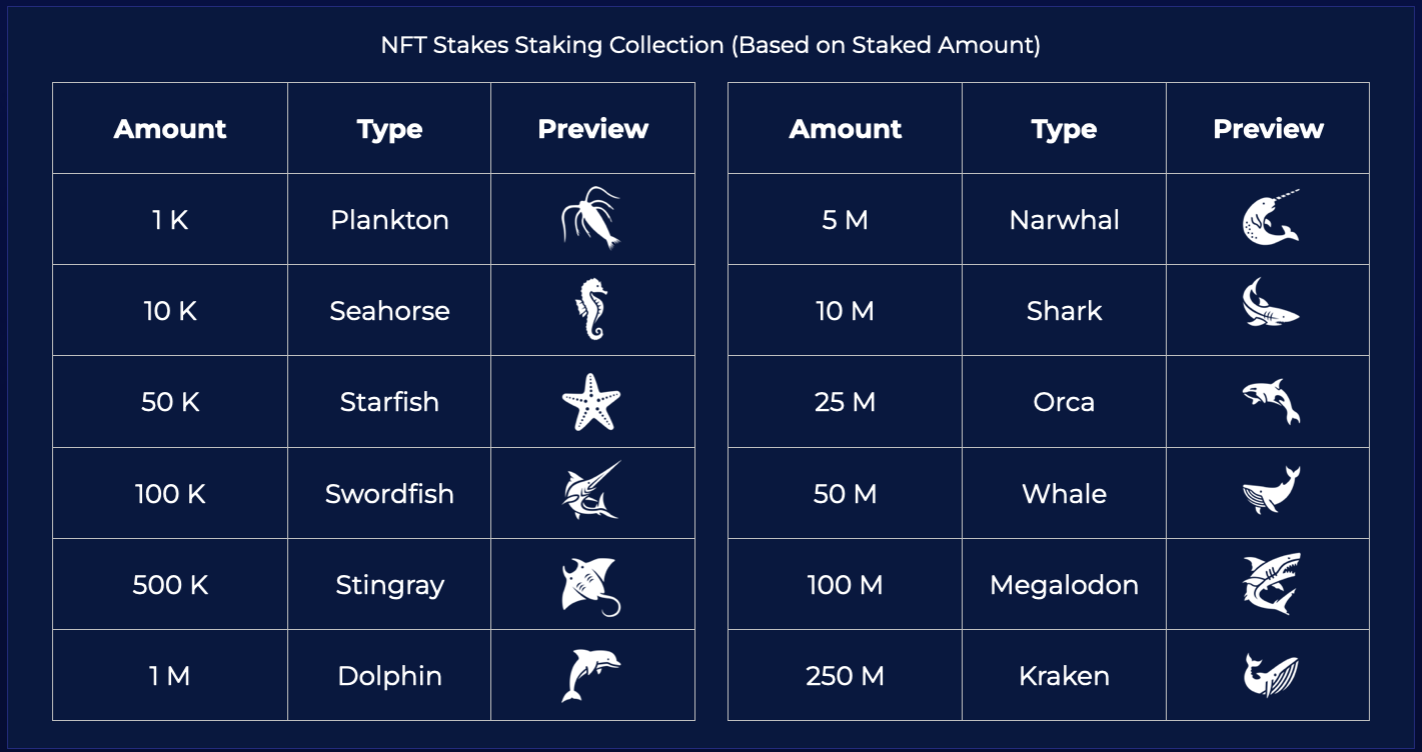 Under the staking manager tab, you can see an overview of all of your current EverRise NFT Stakes on the connected chain and can easily interact with them to perform actions such as transfer, bridge, split, withdraw, increase amount, or extend period.

Splitting EverRise NFT Stakes creates two NFT Stakes with the same maturity date but a smaller amount of tokens. This can be useful if you want to bridge, trade, or transfer a lesser amount.

Only one split can happen at a time but the NFTs can be split multiple times as long as there is at least 1 RISE token in each stake.

When you open the split feature on the NFT Staking Lab, it will default to splitting the NFT in half. You can adjust the amount you want in one stake and the other stake will adjust accordingly. There will also be the option to select from set denominations.

There is a gas fee associated with the transaction because new NFTs are being minted on the blockchain.

Any NFT Stake that is staked for fewer than 36 months can be extended to begin receiving a greater rewards multiplier. This feature acts as a way to unstake early without penalty and immediately restake the tokens. The process burns the original NFT and mints a new one with updated information.

Extending an EverRise NFT Stake **restarts the lock period** of the staking contract.

You can extend the staking period of an EverRise NFT Stake from the Staking Manager tab of the NFT Staking Lab. The Extend NFT option will allow you to select a period of time longer than the current staking period.

After approving the transaction, the new NFT will appear in your wallet with the updated information.

Increasing the Amount of NFT Stakes

EverRise NFT Stakes can have the amount of RISE increased by any amount at any time. This process will burn the original NFT stake and mint a new one with the updated stake amount, artwork, and issue ID. Increasing the amount will restart the staking period.

From the Staking Manager tab of the NFT Staking Lab, you can select the NFT you wish to increase. The new NFT Stake will have the same reward multiplier after being increased. After selecting the amount of tokens you want to add to the staked amount, you will need to approve the transaction to mint the new NFT.

EverRise NFT Stakes can be bridged between BNB Chain, Ethereum, Polygon, Fantom, and Avalanche to collect rewards on any of the EverRise supported blockchains. Bridging an NFT Stake incurs a fee of 3% of the staked amount collected in unstaked RISE tokens. If you do not hold the required amount of unstaked RISE tokens, you will not be able to bridge the NFT Stake.

EverRise NFT Stakes can be bridged from the NFT Staking Lab on the Staking Manager tab. After selecting the Bridge option, you will need to choose the blockchain you want to bridge your NFT to. The pop up will display the 3% bridge tax as well as the gas fee to bridge the NFT and associated RISE tokens. This gas fee is to cover gas on the destination chain you are sending the NFT to.

EverRise NFT Stakes can be transferred from wallet to wallet on the same chain with 0 tax. When an NFT Stake is transferred, the staked RISE and veRISE go with it. Rewards earned from staking, and the associated claimRISE tokens, will stay with the original wallet; they do not transfer with the NFT Stake. Once the transfer is complete, the new wallet will begin accumulating rewards. Broken NFT Stakes cannot be transferred.

From the Staking Manager tab on the NFT Staking Lab, choose the Transfer option and enter the wallet address you wish to transfer the NFT Stake to. After confirming the transaction, the NFT, locked RISE tokens, and veRISE will be sent to the new address.

Withdrawing from the principal amount results in the burning of the NFT Stake.

Join us on this exciting new chapter of EverRise and its evolution into something new, emerging from its token chrysalis into something so much greater. LFG!