Stake RISE and earn more. Safely secured within EverRise’s on-chain NFT Stakes that are tradable, bridgable, and transferable across 5 blockchains.

Stake and earn a share of the tokens purchased via auto-buyback.

Stake your holdings to earn a share of the tokens purchased through the automated buyback protocol. Tokens purchased by the auto-buyback are distributed among all the stakers instantly.

Stake your tokens in month-long increments between 1 and 12 months as well as longer periods as 24 and 36 months, and earn rewards proportional to the amount of tokens staked, weighted by the length of time you have staked your tokens. 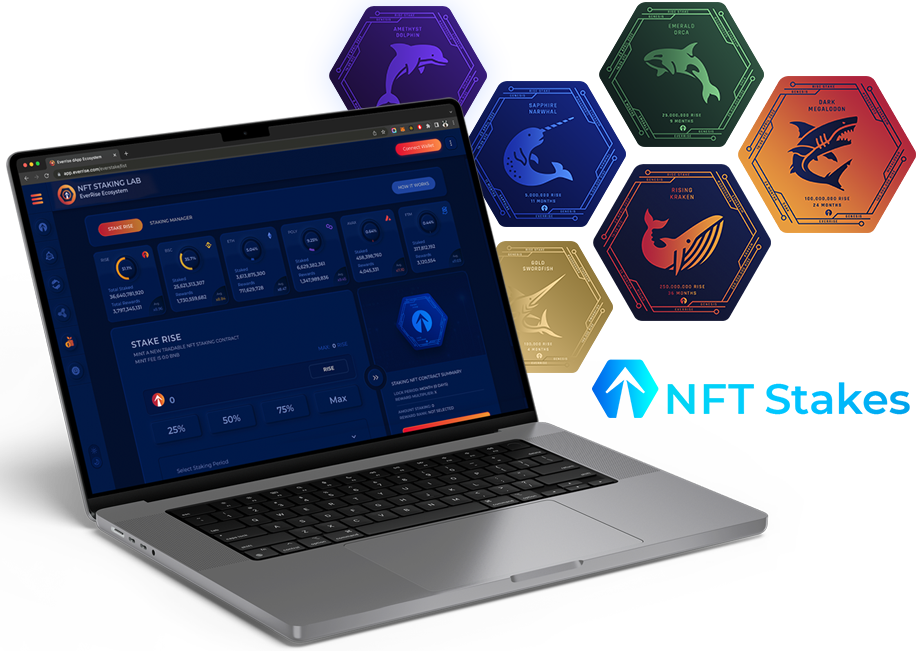 The most flexible and innovative staking protocol ever seen.

Create your staking contracts within on-chain NFT stakes and Trade, Transfer, Bridge, and Transform them at will.

Collect up to 840 NFTs just by completing a staking period. Achievement NFTs can also be bridged, traded, and transferred across BNB Chain, Ethereum, Polygon, Fantom, and Avalanche. 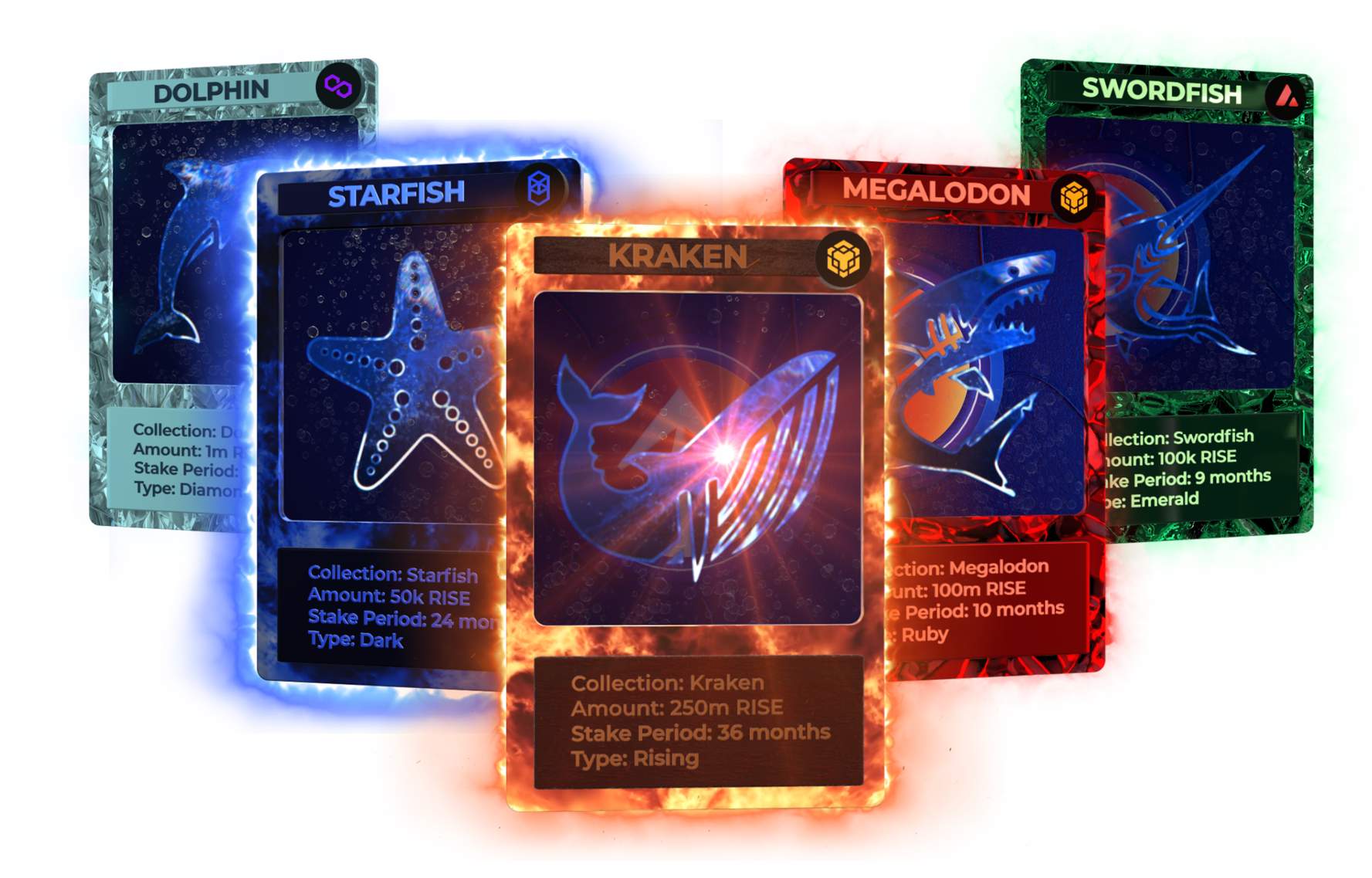 NFT Staking Lab is EverRise's staking platform that allows RISE holders on all blockchains that RISE is available on to stake their tokens and earn a share of the tokens purchased via auto-buyback. Staking contracts are secured in your wallet within EverRise’s on-chain NFT Stakes that are tradable, transferable and bridgable across 5 blockchains.

What blockchains can EverRise be staked on?

EverRise can be staked on the BNB Chain, Ethereum, Polygon, Fantom and Avalanche.

Do I need to do anything to receive my NFT Stake?

Once you create an EverRise Stake via the EverRise Staking Lab, the NFT Stake will automatically be transferred to your wallet and your staked RISE tokens locked within your wallet.

How do NFT Stakes hold value?

How are staking rewards calculated?

While staked RISE tokens are locked in your wallet, your rewards from staking are available on the EverRise Staking Lab (dApp) from the Staking Manager tab.

When can I withdraw my rewards?

You can withdraw your rewards at any point in time from the EverRise Staking Lab. Just click the "claim" button next to your available rewards. Be advised that there is a gas fee associated with claiming your rewards.

What happens to the RISE in my wallet when I trade or transfer an NFT Stake?

When you sell/transfer your NFT Stake the staked RISE tokens go with the NFT. For more details please readEverRise NFT Staking Lab Guide.

How long can I stake for?

You can stake your RISE anywhere from 1 to 12 months as well as for periods of 24 and 36 months. Your staked tokens are multiplied by the number of months they are staked for to determine your weighted staked amount and number of veRISE tokens you receive.

Are there penalties for withdrawing from my principal staking amount?

Reward tokens earned from staking can be withdrawn at any time, penalty-free. Up to 60% of initially staked tokens (principal staked amount) can be withdrawn before the end of the staking period, but are subject to an early withdrawal penalty:

Tokens withdrawn during the first half of the staking period are penalized 25%.

Tokens withdrawn during the second half of the staking period are penalized 10%.

Penalties are distributed to stakers on the blockchain the RISE is held on.

How do I claim my Achievement NFTs?

Upon completion of a staking period, you will be able to claim your Achievement NFT via theEverRise NFT Staking Lab.